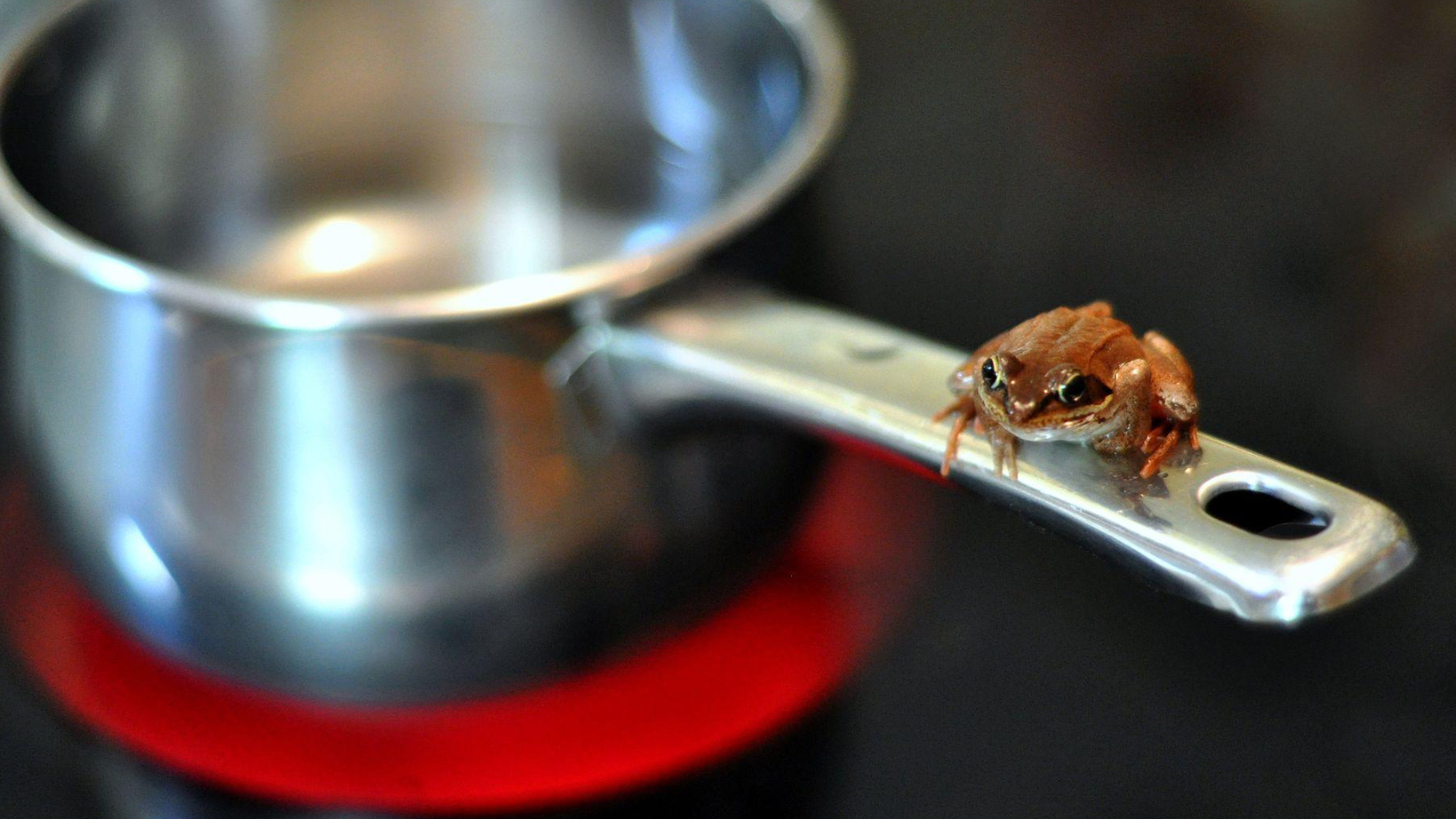 Can the Global Pandemic Really Rescue the Boiling Frog?

I was recently introduced to The Boiling Frog analogy and couldn’t help but apply it to the problem of aging technology in capital markets front office. But increasingly, the Covid “event” is proving to be the equivalent of rapidly turning up the temperature and we are hearing a lot of “holy sh&^t we're in a saucepan!!”. But where to jump to? The below article talks about why new technologies that provide a path to incremental modernization are starting to hit their stride.

It is obvious to many that the technology elastic has finally snapped at a lot of firms, and the innovation and efficiency gains of modern tech vs last-generation builds is just too great to ignore. The tech agility required to navigate The Pandemic means firms can no longer ignore the risks of continuing to put off the inevitable.

So if now is the time to invest in your next-generation system, how should you go about it? And what are you trying to get out of it?

Historically, the path forward would be a bold “rip and replace” style rebuild. Today, modernization offers a different approach with many benefits. Modernization implies incremental improvement that maximizes the benefit of existing (legacy) systems rather than a big bang. Importantly, it can deliver very rapid outcomes, especially in terms of ability to innovate not just once but continually. It also allows for a more flexible cadence where other priorities can interrupt as needed. The cadence and order in which things get done is now at your discretion and can be tailored to fit in with changing business imperatives.

The keys to successful modernization

Becoming cloud and browser enabled is probably priority one. The cloud compute benefits are well documented but the ability to move to a no-install client deployment model, by combining cloud and browser based UI, is a game changer. As a tech vendor, being able to talk to a client on Monday and have a new version, in production, for them to use on Tuesday really is the-gift-that-keeps-on-giving.

Browser-based UIs are now synonymous with new tech and are considered table stakes for any tech provider that wants to be considered a good bet for the future. The internet has been busy since most capital markets systems were built, and the speed and ease in which a futuristic UX can now be delivered is really impressive.

But there is another, even more powerful (yet often unsung) benefit: web service orientated architecture also implies a data centric architecture. This now means that your system natively supports collaboration as all data is stored only once. Since most capital markets systems work across teams, this gives a massive productivity boost by collapsing workflows and eliminating the clumsy way data is shared either internally or with external parties such as clients.

After the sugar rush of new eye candy subsides – it’s the material gains in improving your ability to change or shortening the innovation cycle that will deliver the sustained advantage. A modern backend is generic, and schema driven. Keeping the data model (schema) separate so it can change, while the container doesn’t have to, optimizes your ability to react to changing client and market needs. Then, add to this a modern application development environment that better anticipates the types of changes you’re likely to make and one that provides the right tools to make it as easy as possible for the broadest set of developers.

Automating the user journey, replacing mostly manual with mostly automated is one of the long term benefits. Every year, computers can do more and more yet architecturally older systems do not make automation easy. A modernized architecture would ensure any and all business functionality can be invoked with or without humans-in-the-loop so the level of automation can be dialed up as the opportunity presents itself.

Last but not least is making big strides with the so-called non-functionals, scalability, resilience and operability. Most existing systems have had to live through massive changes in the volumes they need to deal with, expectations around uptime and how they are supported; coping with this has added to the costs of operation and levels of technical debt. With the benefit of hindsight, a new architecture gets to build these things in from the start. Tackled this way, previously expensive, thorny problems become much more manageable.

Biting the bullet is not as painful as you might think

It’s really hard to put a number on how much a difference these improvements would make to your systems but it goes without saying that it’s considerable and would ultimately pay for itself many times over. Systems will not last forever and so it’s a question of when - not if - you need to bite the bullet.

I can speak from personal experience how hard it can be to kick off large replacement projects. Modernizing with an architecture that wraps around your existing systems (leveraging what works just fine for now) not only empower your business with a succession of quick wins, it also allows you to tackle a massive effort in chunks that won’t require everything else on the tech todo list to grind to a halt.